Back on Route 66 in Second Life


Some beautiful paths can't be discovered without getting lost.

A number of years ago, while traveling across Second Life (SL), I came across Route 66.  My longtime friend, Perryn Peterson, had recreated the roadway as part of the summer festivities back then.

Well, he’s back on the road again! 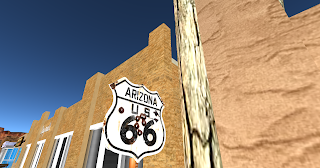 highway in Real Life (RL)!  (I’m always amazed at how Perryn turns into a major community event what most ordinary mortals don’t even know exists!)

Allow me to give you a little tour!

First, a bit of history!  (Significant Other wonders aloud if anyone has ever warned Perryn that it’s a major mistake to let me talk about history.)

Route 66 was one of the first major cross country highways in America ultimately running from Chicago, Illinois to Los Angeles, California.  Its course was across the American Southwest probably to avoid the harsh winter weather in the northern part of the country.  (Hadn’t anyone invented snow plows yet back then?)

The roadway became part of the country’s culture.  It was there at the end of the Roaring Twenties as the Age of the Automobile began.  It was there for the Great 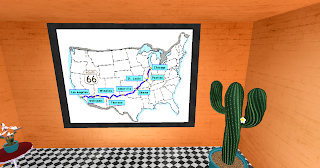 Depression, the Dust Bowl, and World War II.  The great post-war expansion led to the development of the Eisenhower Interstate Highway System which ultimately contributed to the decline of Route 66.

Route 66 became part of America’s culture.  There were songs (Get Your Kicks on Route 66), TV shows (Route 66, what else would you call it?), and novels (The migrants in John Steinbeck’s The Grapes of Wrath traveled across it to get to California.)

This rendition of Route 66 inworld is much larger and more detailed than its predecessor.  The latter was essentially a small town somewhere on Route 66 in the American Southwest.  This version seems to roll on across the sun blasted countryside seemingly forever.  (I should know, I walked its entire length!)

More scenery is included this time from large rock formations to exquisite natural floral arrangements.  The attention to detail is there in the papers blowing around in the street by the wind.  The drive-in has to be seen!

Perryn’s team has captured the architecture of the region both in the traditional Southwestern style so easily recognizable to anyone familiar with the area to the classic American highway style of the diners and gas stations along the way.

Walking into one diner with its counter service, booths, black and white Formica tiled floor, and juke box was like going back in time.  (Significant Other points out that I’m 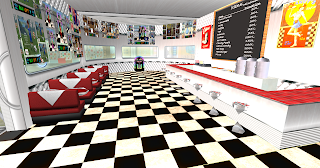 not that old.  I rejoin by saying that I did watch TV growing up.)

The festivities will include a dance, costume and titler contests, a mini-hunt, rides, classic cars that can be rented, a petting zoo, gatchas, freebies, Cheesehenge (Just go look at it for yourself.), and much more!

Over one hundred vendors will have their wares on display, many in a marvelous flea market.  The works of Acadia Asylum will also be available onsite for free!

Our Grand Sponsor is Emedea Morgenstern of Rag Dollz.  Other merchants include Unalunaqat Resident and Stangbo Resident, who live in Mieville and are selling kittens.  SunQueen Ginsberg of Where Worlds Collide, her whole shop will be dedicated to Southwestern wares. Plato Novo of "%" Per Cent who started three years ago at the last 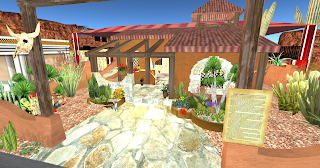 Route 66 event has returned. Liam Metaluna, of Panda, Panda who specializes in creating music boxes, furnishings with an Asian feel, and all with detailed textures.

I encourage all to come and have a great time!  There’s something for everyone!

This is also a great chance to see a part of America that unfortunately is slowly disappearing.

Maybe you’ll even run into me there!  (I don’t care what Significant Other says about me scaring off visitors! I’m telling everyone that I’m coming!)

Additional pictures from my visit can be found on this flickr page.

As always, I’m grateful to all inworld for their kindness and time in stopping to talk with a stranger who was passing through their lives. 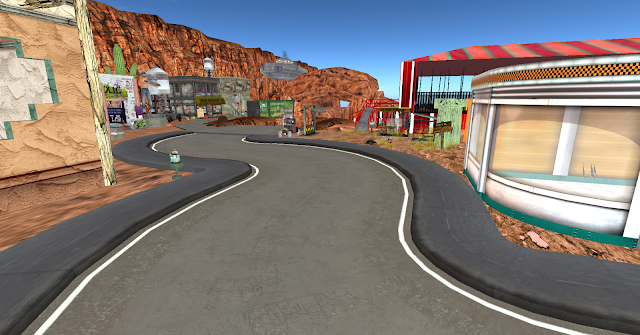 Posted by webspelunker at 5:00 PM No comments:

While I’ve blogged a few times recently about nudist sims in Second Life (SL), I haven’t talked about nudity per se inworld for a while so I thought given how it’s summer now where I reside in Real Life (RL) that this would be a good time to do so.  (Significant Other’s eyes roll.  I’d like to note who teased me into going nude inworld in the first place.) I just want to share a few observations about nudity in SL with my three loyal readers and whoever else would like to read them, the “naked” truth if you will!  (Significant Other cringes.)

I still wander around nude inworld.

First off, many places that I visit inworld for my stories require nudity. (Why I visit such places will be the subject of another story!)

Next, I freely admit that I’m too lazy to keep changing clothes in SL.  (L’il Sis has cast a critical eye on my sartorial choices inworld.  (She is one of many who has only seen me clothed!) Significant Other makes similar comments in RL.  Once again, I think these two are comparing notes about me when I’m not around.)

Finally, running around nude is something that I would never do in RL and SL gives me the chance to try this without embarrassing myself.  (Significant Other merely sighs.)

Another question I get a lot is, “Are you a nudist?"

Although, I have many friends inworld who insist that I am.  (I have noted that these are folks who would never be nude either inworld or anywhere else.)

I happen to be in undress at certain times inworld because it’s appropriate for and necessary for my writing and exploring.  Contrary to popular belief, I’m not always nude.  (I 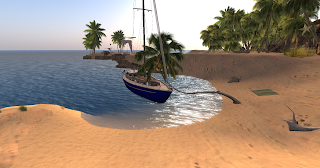 really wish that L’il Sis would stop reminding me constantly to make sure that I’m dressed when I visit First UCC!  Sheesh, I used to be an altar boy back in the day.  I know something about the decorums!)

While nudist sims tend to come and go, I find that nudity itself is alive and well inworld.

There tend to be two major categories of nudists in SL.

The first are like naturists in RL who are nude for the sake of nudity and abhor the sexual connotations that many associate with wandering around nude in public with members of both sexes.  (While I understand and respect their beliefs, I’m still trying to figure out why they act so surprised when others, generally clothed, make this obviously erroneous assumption.)

The second group of nudists throw caution to the wind and happily indulge in sex inworld whenever they get the chance and couldn’t care less what others think.  (Caroline Resident will be very happy that I wrote this.)

(There’s also a third, smaller group of people who go about semi-nude inworld and generally hang out in clothing optional sims with nudists.  I’m still trying to understand them.)

Both groups have their own sims but do often mix together.  (Although, when this does occur, I find it does make me think about the juxtaposition of voyeurism and 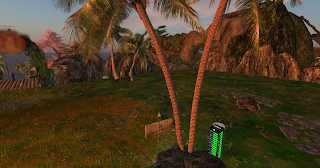 Many like me only practice nudity inworld and would never dream of doing this in RL.  (I get the look from Significant Other.) They’re only exploring and testing their limits.

Have you ever practiced nudity inworld? Once? Frequently?

Do you just do it inworld or do you practice nudity in RL?  (Your shower doesn’t count.)

Please share your experiences with us and I’ll try to write a follow-up piece on this topic!

One last point, you won’t find pictures of nudists with this story.  I’m still not that kind of blog! 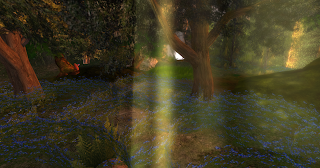 The pictures included are from SL nudist sims past and present.

As always, I’m grateful to all inworld for their kindness and time in stopping to talk with a stranger who was passing through their lives. 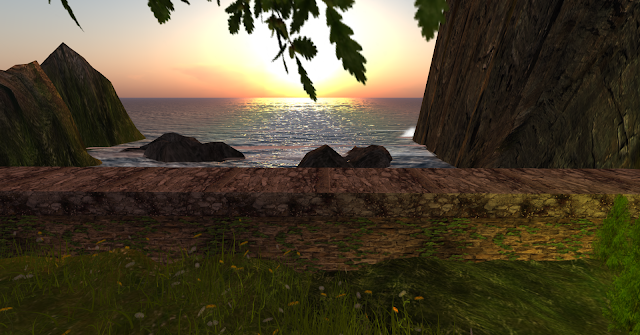