My Journey in Second Life

Some beautiful paths can't be discovered without getting lost.
Erol Ozan

I’m taking some time to stop and think about my journey so far in Second (SL).  (No, it’s not because I don’t have anything else to write about as Significant Other suggests.)  Lately, I’ve been giving some thought to what I’ve done inworld so far and how I’ve changed, 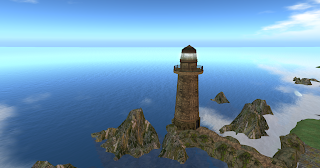 even in Real Life (RL).  (Significant Other says something about been trying to tell me that.)  So, I figured I’d share a few thoughts about my journey in SL with this story.

My original intended purpose when I came inworld almost five years ago was to travel across the entire Metaverse beginning with SL and to write about my journey in my blog.  I was going to focus on the technical side, learn how to script, and “get behind the pixels.”  I would be in the background, watching, observing, taking notes, and reporting about what I saw.

Well, yes, you guessed it, a funny thing happened on my way to the Metaverse!

For starters, I never really left SL.  Instead of becoming a techie, I moved into the social scene.  I began pushing the edges of the envelope.  I visited nude resorts inworld.  (Full disclosure, Significant Other put me up to that.) Oh, and then came my irregular series, Sex and the Single Avatar in Second Life.    I think you’re getting the picture now.

I became less of a loner.  I made friends.  (Don’t listen to Significant Other saying I pay them to hang out with me.  I only did that once.  When I was six years old in RL.  And, I never did it again because they took my money and still wouldn’t hang out with me!)  I 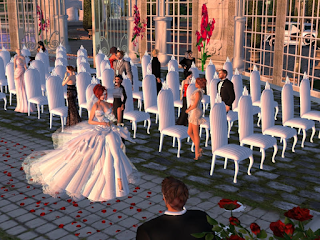 became involved in communities.  (Many requiring clothing.)  I went to friends’ weddings and even got adopted!

One day I turned around and realized that I had a social life!

Why did this happen?

Maybe I was more open to change that I was willing to admit in the beginning.  Then there’s the fact that people are just so nice and friendly inworld!  Many communities are highly developed around common interests and draw wanderers in very easily.

What does this mean?

I look forward to going inworld and meeting my friends.  I miss them when they’re not there and worry when they’re away for too long.  I grow concerned over them in RL.  I experience regret when friends leave and communities close down.  (Which seems to be happening with all too much frequency these days.)  I worry if SL might go away.

How?  I think I look at RL very differently now than before I began my journey.  My biggest change is probably understanding that strangers, no matter how different from me they may be, are really only friends I haven’t met yet.  (Significant Other smiles in agreement.)

Continuing along in my journey inworld, I plan to explore more my involvement with friends and communities, to look at our feelings and relationships and are they really any 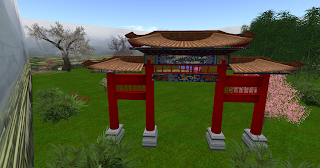 different from those in RL, and to do things differently myself and see where it may lead!

Watch this space for future updates! 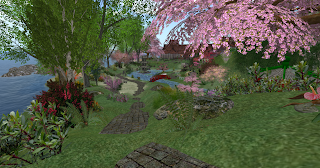 Posted by webspelunker at 5:00 PM No comments:

Going to a Dance Recital in Second Life

Let us read, and let us dance; these two amusements will never do any harm to the world.
Voltaire

A short while ago, Hitomi Tamatzui, an old friend in Second Life (SL), (By old, I mean in terms of how long I’ve known her not how old she is. Thanks to Significant Other for pointing this out to me!) reached out to inform me that she was now performing in a dance company inworld and invited me to drop by to see the show and see if I’d be interested in blogging about the company.

Hitomi is one of my more creative SL friends and her tastes have always been eclectic inworld.  She’s invariably engaged with similarly talented individuals and their collaborations show the potential for creating original artistic forms whether art objects or performance art.  (Significant Other wants to know why Hitomi hangs around with me then.)

Always looking for a new story to bring back to my loyal readers (All three of you.), I head off with a friend who wishes to remain anonymous (Significant Other cites this as proof that SL residents only hang around me out of morbid curiosity.) to see the show!

But, first a little bit about the company! 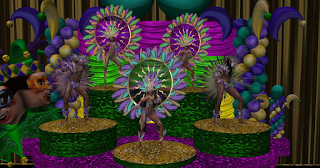 Paramount Grand Theatre is the dance company and Paramount Players Dance Troupe is the group that all the performers belong to.  Management consists of Lotta Difference and Pathmaker Campbell.  Married inworld and business partners as well, they bring together all the parts that make up a Paramount show.  Lotta is the stage manager and plans show themes well in advance of their performance dates.  She’s also art director, choreographer, dancer, and co-owner.  Pathmaker is producer, dancer, DJ, and co-owner.   Lotta and Pathmaker were both kind enough to respond to my written queries as I was preparing this story and I include their responses herein.

Lotta and Patmaker formed Paramount because they were creatively constrained at other dance venues.  They opened their own to be able to "stretch our Creative Wings" as they put it and to give other performers the same opportunities.  Paramount is both a training and performance theater. Non-dancers who have an interest in dance are taken in and given an opportunity to be part of a dance troupe.  As members of the Paramount Players Dance Troupe they may learn, or just enjoy helping and being part of the troupe.  Several people came to Paramount with neither knowledge nor experience and advanced to being Headliners, not only at Paramount but at other venues as well.  Every month, the dancers are given a theme. They are required to find a song that pertains to that theme, be it in the song title or the dance performance itself. They are given the theme early in the month for the following month, so they have time to prepare.

The nature of Paramount’s shows is mainly, having fun!  The troupe tries very hard to put on an entertaining show for their audience.  They strive to make their productions "slick" and smooth.  To do this, they have a dancer on stage at all times for the audience to watch and enjoy, to give them no chance to leave without missing a thing!  Performers have a lot 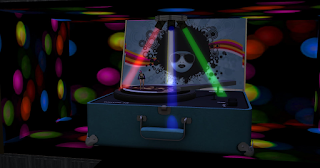 of leeway to exercise their creativity in the acts.  Full frontal nudity is encouraged but not required.  Shows are normally ten acts, comprising an opener, a closer, and eight acts in between. The stage setup/costume change time between acts is almost always used by a performer to do a "Filler" Act - so that almost always a dancer is on the stage performing.

Paramount has quite a few dancers and quite a few "extras.” There are around a dozen headliners, along with half a dozen extra dancers. The extra dancers are the people that want to dance, but are learning the process. Therefore they are helpers, for those lead choreographers that need a group to dance with in their routine.

In addition, Paramount also has a second theater called the Night Players Theater.  It is an entertainment venue where performers can experiment with dance and performance art without fear of censorship. Quality of performances is required but Lotta and Pathmaker do not censor content.

And now for the show!

My companion and I arrive early to get good seats and to check out the theater.  There are two levels of seating, orchestra and balcony, in front of the stage.  While not filling 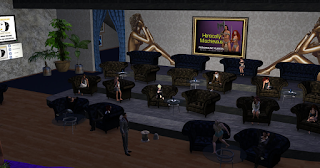 all the seats, a good sized crowd, especially by SL standards, begins to arrive.

Tonight’s theme is Fab – U – Lous and indeed it was a fabulous evening!

The dance performances are of a very high standard and the action is non-stop.  No sooner does one act end then the next seems to appear out of thin air.  The pop music which was chosen was lively and appropriate for the intricate dance routines.  Spectacular use of special effects and props such as light, smoke, and flying dragons held our attention.  The colorful and elaborate sets made for interesting backdrops to the talented performers on stage.  Set changes were quick and seamlessly moved into the following act.

The acts were great fun to watch and to listen to.  Whether it was the cheerleaders in the opening act, the Wizard of Oz routine, the Mad Hatter, or the dancing clothes in the enormous washer and dryer in the laundromat scene, the action was non-stop and my 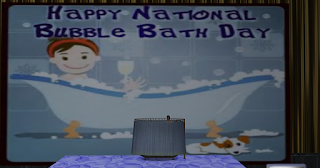 companion and I never regretted for a moment spending our Saturday evening at the performance.  Unfortunately, I crashed just as Hitomi was coming on for her Splish, Splash, I’m Taking a Bath! number.  I’m told I missed a great performance and hope to catch it again sometime!  The emcee, Annie Panties, did a superb job as well!

We had a great time and I strongly recommend going to a show or more!

For all those looking for a fun evening in SL with someone special, a groups of friends or all alone even, go to the Paramount Grand Theatre and catch the shows!  You’ll be glad you did!

The theater is located here and shows occur three times a month.

Paramount Grand Theatre also maintains their own blog with a show guide on the calendar page with at least one month’s shows listed.

I’d like to thank Lotta and Pathmaker for taking the time to answer my questions as well as for producing these magnificent entertainments!  (Can you tell I was impressed?)

I’d also like to thank Hitomi for reaching out to tell me about her recent activities inworld and I wish her every success in all her future endeavors!  (I can’t wait to see what she gets up to next!)

My thanks to my anonymous friend (You know who you are!) who accompanied me on a whim and who took the magnificent pictures included with this story.  Additional ones can be found on this flickr page.

Finally, thanks to all the members of the Paramount Players Dance Troupe, whose hard work and preparation are shown in their exciting and immensely entertaining productions! 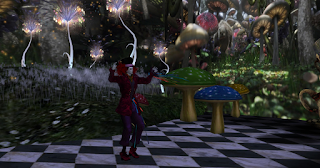 Posted by webspelunker at 4:59 PM No comments: