Always surround yourself with people who lift you up, rather than hold you down.


My loyal readers, all three of you, may recall that every so often I award the distinction of “One of the Most Interesting Second Life (SL) Residents I’ve Met” to someone, who obviously is one of the most interesting persons whom I’ve met inworld.  (Significant Other is impressed with my knack for turning a phrase.)


I’ve only made this award twice so far.


The first time was to Morsmordre Furman for her creativity as a builder inworld.


The second and last time was to Perryn Peterson for his community building activities and assistance to those in need in SL.


My criteria for this award is simple.  I look for exceptional contributions to the SL community, someone who stands out, and someone who we can all be proud of.


I haven’t made this award for a few years.  For one, nobody seems to stay around as long anymore inworld.  For another, my own wanderings to and fro in SL may have prevented me from staying around long enough to find recipients.  (Significant Other nods knowingly.)


Recently, however, I’ve met someone whom I thought was worthy of this distinction!


This individual has not only been recognized within SL by his community for his efforts on their behalf.  But, Real Life (RL) has also recognized his efforts inworld a short while ago.


He is long serving inworld and really addresses what SL is all about.

inworld is the Rev. Jerome Newstart of First UCC!


Jer, as he’s known to all who know him, is a minister with the United Church of Christ (UCC) in RL and was responsible for the establishment of First UCC inworld with the intention of ministering to the spiritual and other needs of its congregants inworld.  (For the record, First UCC welcomes all regardless of religious affiliation.  They even let me hang around and I’m on the watch list of the Inquisition.)


On November 5, 2016, First UCC was recognized as an official member of UCC the same as any bricks and mortar church in RL.


Just in case, you haven’t been paying attention, this is a really big deal!


First UCC is not a roleplay.  It’s not a club that happens to be associated with a RL church.  First UCC has the same rights and responsibilities just like any other UCC congregation in RL.


This is what SL was supposed to be all about.  A meeting of virtual and real worlds.


Many have tried this and failed.  IBM, Toyota, and The Gap come to mind.


Jer with the help of his congregation made it happen.  In particular, First UCC serves the needs of the LGBTQIA community inworld.  Many of whom are isolated from others in their community and First UCC is there only connection with like minded individuals.


I met with Jer as I selected and he was kind enough to take some time from his busy schedules in both SL and RL to talk with me about his achievement.


I asked him in looking back, how did he feel after this long journey?


Jer replied that he was a bit relieved to have this part of the project behind them.  It's always a challenge doing something for which there is absolutely no precedent he explains.  Adding that now a new chapter can start.  And for him, of course, it's been a heartwarming journey.


Jer told me that there were no real difficulties per se along the way.  Just some challenges that included crafting new bylaws for the RL church to allow for a virtually located church, things like that.


What made his journey easier was being blessed with great support from the UCC and their Conference and Association.  People who didn't quite understand it were willing to go on recommendation of those who did support the concept.


When asked if Linden Lab (LL) provided any assistance, Jer replied that he wasn’t not sure LL even realizes they have a real church.  But, he is grateful for the discounted price that's for sure.  (First UCC is a 501 (c)(3) public charity so qualifies for the reduced tier cost.)


Jer said that the vision for First UCC got refined in two ways during the recognition process.  First, First UCC realized that their ministry model needed to emphasize community.  Second, it became clear that folks from marginalized groups could benefit directly and they began to make their LGBTQIA welcome foremost.


Inquiring if there will be changes at First UCC because of its RL recognition, Jer says not drastic ones.


And, they're hoping to continue to expand social activities and add worship opportunities as well.  First UCC offers some form of worship every day of the week at present.  Hopefully, there will be an increase in worship opportunities.  First UCC would like to add a morning Psalter service for folks from the UK and Europe who would benefit from an earlier time availability.


I also learned that First UCC is currently streaming its inworld services into RL.  The 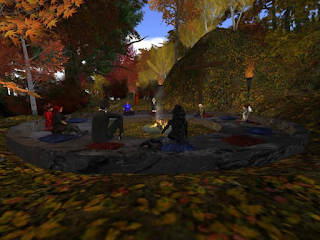 Thursday service (Pastor Josh) serves a RL church in Lincoln, Maine.  His service is at 4:00PM SLT, 7:00PM EST their time.  He projects the viewer from his computer on the large screen in their sanctuary and folks who come to that service participate in both RL and SL.  Jer says that it’s quite marvelous interaction.  Prayer time is done jointly, both hear the sermon, and it works wonderfully well.


Jer works hard to keep First UCC running.  Between their website, lots of work with folks one on one who need someone to talk to, and the general business of managing this church he’s working over twenty hours a week, sometimes much over. But, he’s not complaining!  He’s glad to be busy.  It means they're doing what they ought to be doing.  In addition in RL, Jer teaches an online history and polity course, volunteers on a local observatory team, and serves on the Executive Committee of his Association.  He’s not currently serving an RL church, but that could change.


BTW Anyone out there who would like to join First UCC and help out, they would be more than welcome!)


Jer has two major lessons from the recognition process.


First, stick with it.  It takes time to grow a church.


Second, do not cut corners.  In seeking full standing they made sure to do everything they needed to do to the letter.  They did not want to be regarded as having received special treatment.  That, Jer feels, lends credibility.


Jer believes the real reason for their success is all their volunteers.  They care immensely and their members and friends are just plain wonderful.  Jer thinks they are a positive force in people’s lives, and they’ve been told as much, but the care they reflect makes everything worthwhile.


Jer is presently writing a book about his experiences.  He has a draft manuscript being reviewed by an editor now.  His next step is find a publisher.  (Can anyone out there help please?)


Being named as one of the most interesting people whom I’ve met in SL is a rare occurrence and goes to folks who make a difference inworld and who sometimes can extend then to RL.


Jer does all that and more! 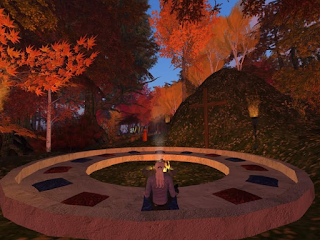 residents of SL both inworld and in RL!  I look forward to seeing more great things from them inworld!


I’d like to thank Jer for taking his time to meet with me and for permission to use the pictures included in this story.


More information about First UCC can be found on their website.


As always, I’m grateful to all inworld for their kindness and time in stopping to talk with a stranger who was passing through their lives.


I welcome feedback from readers, please either comment on my blog or e-mail me at webspelunker@gmail.com . 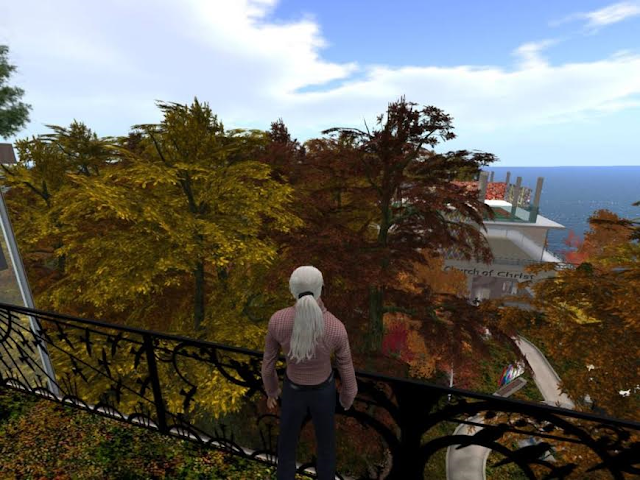 Posted by webspelunker at 4:59 PM